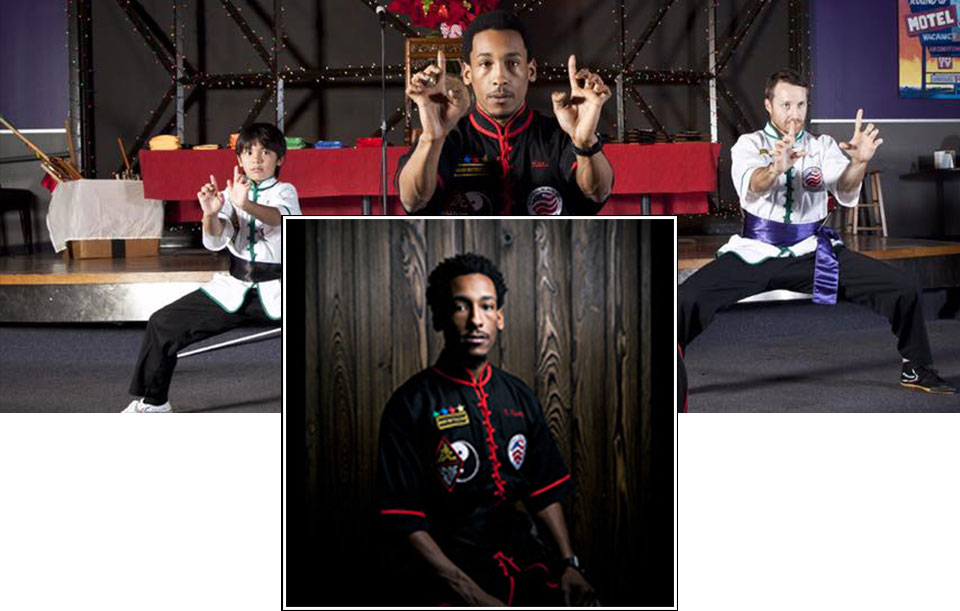 Senior Head Instructor Peyton Hunter was ten years old when he spotted a sign for Master Gohring’s school of Tai Chi and Kung Fu. The sign showed one person throwing a kick and another blocking. Already a huge fan of Kung Fu movies, Jet Li, Jackie Chan, and Bruce Lee, Peyton immediately pointed to the sign and told his mother, “I want to do that.”

Not long afterwards, she enrolled him in Master Gohring’s beginning Kung Fu class for kids. At eleven years old, Peyton was quiet and tentative, but he came to class as much as he could and tried to soak up every word his teachers said. Before long, he was working his way up the ranks and practicing on his own.

In eighth grade, a kid who was into gangs, graffiti and fighting was hassling Peyton’s twin sister. Peyton intervened. Against all odds, the two became best friends, and since Peyton wanted nothing to do with gangs, graffiti or fighting, his friend ended up going straight. At thirteen, Mr. Hunter already had the capacity to lead by positive example.

Through his friend, Peyton discovered wrestling, a skill that he has incorporated into his Kung Fu. “You’re not supposed to end up on the ground in a fight,” he explains. “But if you do, you have to know how to handle it.” Working with the wrestling coach at school, it was Peyton’s idea to practice blindfolded, to use the tactile “listening” skills of Tai Chi to anticipate an opponent’s moves more quickly than by using eyes alone.

By the time he reached high school, Peyton’s Kung Fu had given him a new confidence that spilled over into everyday life. Early on, in an unsupervised classroom, another kid decided to pick on Peyton, who was, as usual, quietly attending to his studies. Peyton shook off the first few pokes and prods. Then the other kid rolled up a newspaper and smacked Peyton on the head from behind. Peyton instantly sent him flying. Word got out that Peyton Hunter knew Kung Fu, and that he was not somebody you would want to mess with.

From Master Gohring and the other instructors at Kung Fu school, Mr. Hunter learned the code of the true martial artist: His skills were not to be used for domination, but for self-mastery, self-defense, and defense of others. In high school, if another kid was being pushed around or teased, Mr. Hunter could walk through the middle of the crowd and say, “Leave that kid alone.” And they would.

Peyton finished his 1st degree black sash in Kung Fu at the beginning of his sophomore year in high school. An excellent technician, he began to win sparring competitions at tournaments and collected gold medals in forms as well. He became a crowd favorite at Master Gohring’s graduations, demonstrating Kung Fu Saber and Wudang sword. By the time he was a senior, he was a 2nd degree black sash assisting with all the Kung Fu classes.

As an instructor, Mr. Hunter combines patience and humor with the ability to calmly redirect the attention of a distracted kid. “I might make him do push-ups,” Mr. Hunter says. “I explain that it’s not a punishment, but it will bring his mind back into the zone where he needs to be in order to learn.” He’s careful to distinguish the distracted student who needs push-ups from a student who is confused. “When a student is confused, I need to give him or her individual attention, to explain what I’m teaching in a way they can understand.”

Since graduating from high school, Mr. Hunter has been taking classes in business administration at Austin Community College. He’s a great cook and has begun to do some catering. He’s interested in boxing, not to fight professionally, but to expand his practical self-defense skills. But Kung Fu remains front and center: A 4th degree black sash since 2019, Mr. Hunter is now Senior Head Instructor for the Kung Fu program at Master Gohring’s School of Tai Chi and Kung Fu. 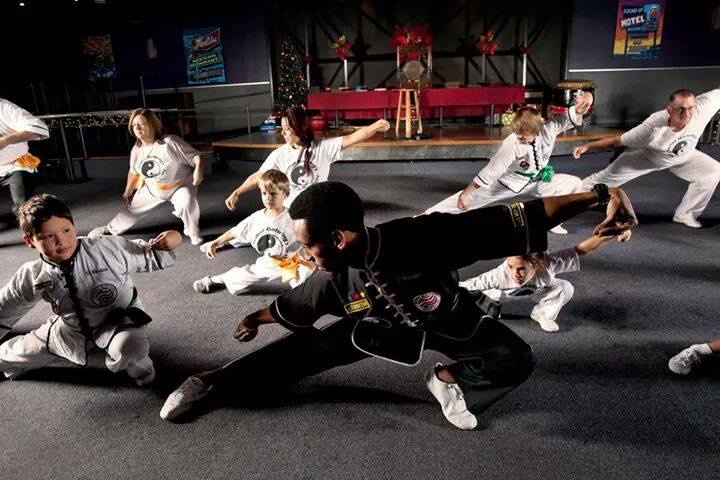 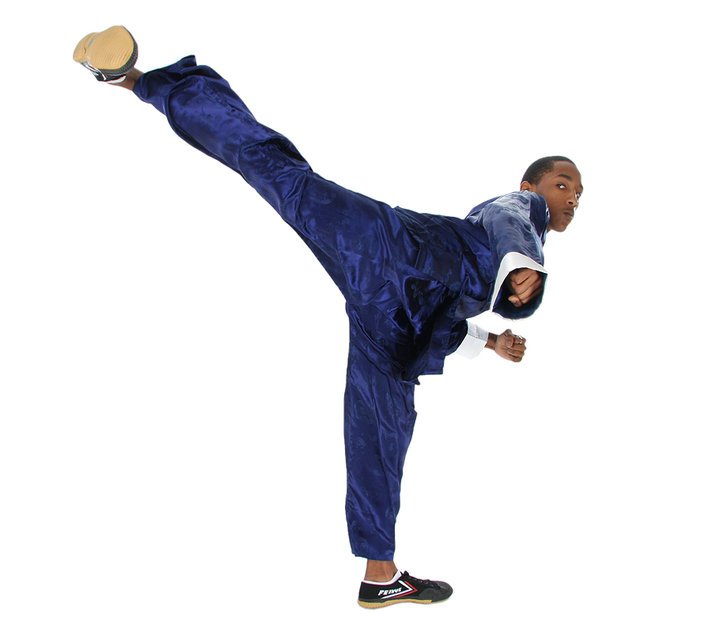 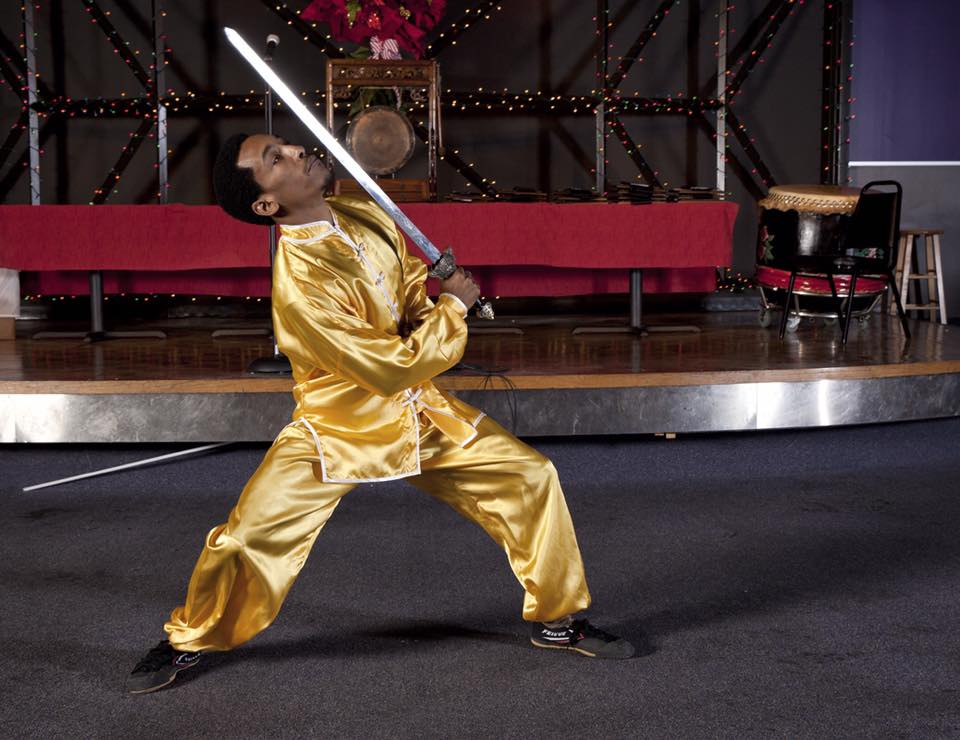 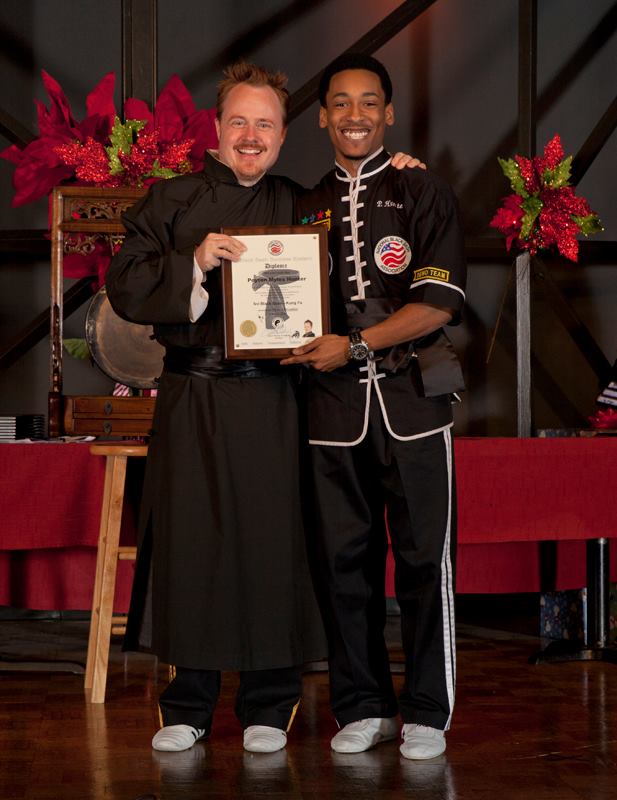 "If you're knees aren't bent, you're just standing funny"