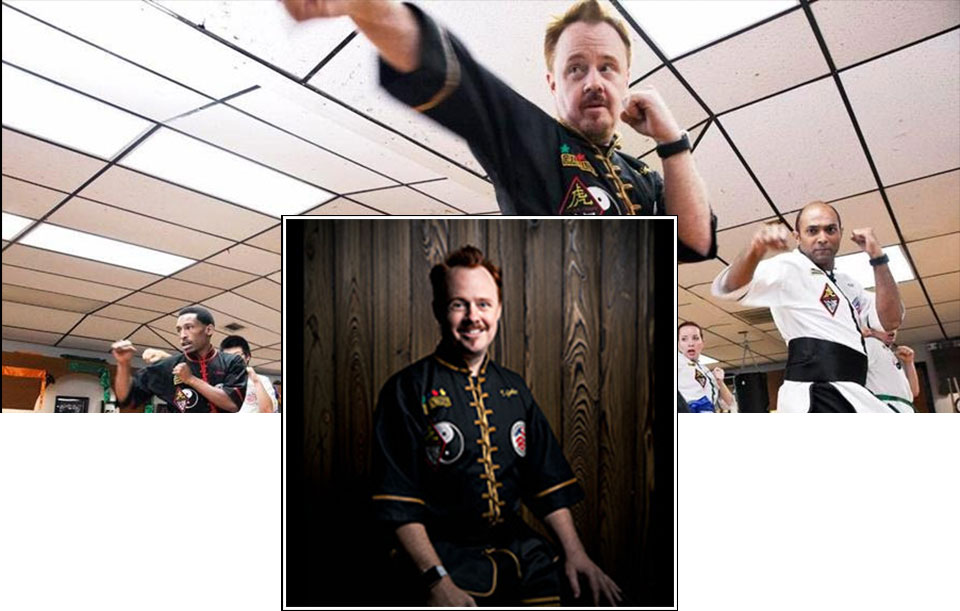 Master Thomas Gohring discovered the martial arts in eighth grade and was immediately fascinated. He saw every Bruce Lee and Jackie Chan movie, read books, and memorized fighting principles. He began training in Kung Fu at a local school for two hours, three nights a week, and then spent every free moment practicing and play-fighting with his best friend.

Under his first teacher, he spent three years working through the fundamentals of six major styles of Chinese martial arts. Wing Chun, simple and effective, was Bruce Lee’s original style. Xingyi is a powerful and explosive style that simultaneously attacks and defends. Hung Gar Tiger-Crane, with its low stances and powerful hand techniques, builds strength, and the Taoist Bagua circle-walking teaches evasiveness. Mizongyi, a Northern Shaolin “long-fist” style, is characterized by leaping kicks. And from the subtle and beautiful Wudang art of Tai Chi, Master Gohring first encountered the arresting idea that ultimate power comes from a calm and focused mind.

Along the way, he also sampled some of the martial arts of other countries: Japanese aiki-jujitsu, with its throwing and joint-locking techniques, Western boxing, Brazilian jujitsu, Filipino stick and knife fighting, and karate. At the end of his junior year of high school, he was awarded his first black sash. His training already had breadth; at this point, he would choose one art to study at greater depth. Without question, he would choose a Chinese martial art. But which one?

He spent the summer of 1989, between Junior and senior year, with South Texas Master Michael Bryant, training in practical fighting techniques, developing hair-trigger reactions, and studying how to respond in situations of multiple attackers. The context was always self-defense. Traditional Chinese martial arts teach respect, humility, and restraint—never to act out of anger. From the beginning, for Tom Gohring, the goal was not to fight or dominate others, but to achieve self-mastery.

At the end of the summer, he asked Michael Bryant, if he had to choose only one style of Kung Fu, which would it be? Without hesitation, Bryant named Tai Chi, which he considered the most powerful and effective form of martial arts. That choice resonated, and for Master Gohring, the course was set: Although he would continue to explore the full range of martial arts, his core discipline would be Tai Chi. He entered his senior year of high school with a fresh sense of purpose and began training for his second degree black sash.

After graduation in 1990, he enrolled in Austin Community College and cross trained in hatha yoga, qigong, advanced martial arts stretching, and White Crane Kung Fu. He also began teaching the kids’ Kung Fu classes at his teacher’s school. He soon found (what all his students know) that he had a talent for sharing both his skill and his enthusiasm for martial arts. His mother was a teacher, and with her encouragement, he joined a year-long yoga instructor training program with an eye to becoming a better Tai Chi and Kung Fu teacher. Already the vision was forming of one day being a Tai Chi master with a school of his own.

At ACC, he gravitated toward a business major. He had always liked the idea of being in business, and dabbled as a kid in various minor entrepreneurial ventures. After a couple of years, he transferred to the University of Texas to pursue a four-year degree. At the same time, he maintained a full schedule of classes in a wide range of martial arts. He studied weapons: saber, sword, staff, and spear. He taught at health clubs, country clubs, and his teachers’ schools.

During this period he also began forming crucial long-term relationships with masters both local and distant who would become his mentors and role models. One was Professor Moses Williams, Jr., with whom he studied Shaolin Hung Gar Tiger-Crane Kung Fu. Another was Tom Whitaker, a UT drama teacher who had trained with Grandmaster CK Chu in New York.

From Whitaker, Master Gohring learned Nei Kung and push-hands, plus Chu’s precise and individual style of Tai Chi. An author, calligrapher, and popular teacher, Chu was known not only for promoting Tai Chi for health in America, but also for training champion fighters whose Tai Chi defeated other styles of Kung Fu in the ring. Master Gohring ended up traveling to New York at every opportunity to learn from Chu directly.

Master Gohring graduated from the UT College of Business in 1996 with a degree in Marketing. At twenty-four, he had been training intensively in Kung Fu and Tai Chi for ten years and had six years of teaching experience. He had as many teaching engagements as he could handle at a number of different venues in and around Austin. He also had a small but loyal following of serious students who liked to remind him that he had often said he would someday open his own school.

The time had come act on a long-held dream. True to his early decision, and despite the breadth of his martial arts background, he was determined that his school would be dedicated solely to the art of Tai Chi. Putting his business degree to work, he figured out how much space he needed, what it might cost, and how many students he would have to take on to cover the rent. His own living expenses were minimal at that time. He leased the present location, except it was only half the size, and his students gladly enrolled. He called his new school Tom Gohring’s T’ai Chi Ch’uan.

Master Gohring had spent enough time inside martial arts studios to know how tough it is for a school to succeed as a business. Though he always had students who were willing to help with classes and sometimes could afford administrative staff, for the first few years he was stretched thin, working long hours teaching, promoting his school, and honing his own skills. To make ends meet, he sublet his space to other martial arts schools by the class hour.

His friend and mentor Professor Williams advised him to continue advancing his official rank, an important credential in the martial arts world. Williams, a 10th degree black belt in Kung Fu, officially tested Master Gohring and instated him as a second degree black sash. Over the next few years he would work his way up the ranks toward Master status.

In 1998 another major influence entered the scene. Master Uri Solomons had practiced Judo with both the Israeli and English Olympic Judo teams in the 1980s. In the early 1990s he traveled throughout Southeast Asia in search of the best and most authentic training in Tai Chi. With Solomons, Master Gohring refined his traditional Yang style Tai Chi and his skill at Tuishou—push-hands—a two-person exercise used to improve Tai Chi form.

Though his commitment to Tai Chi was unwavering, Master Gohring found himself struggling with the kids’ program in his school. Tai Chi is mostly slow-moving, meditative and internal. The children were restless, bursting with energy, and easily distracted. Master Gohring began to integrate the more active and external styles of Kung Fu, like those that had captivated him during his early years, into the kids’ classes, and the new program caught on.

He considered committing to the path of Chen Master as a disciple of Cheng Jincai, who was more than willing to accept him into his lineage, but that would have meant giving up Yang Tai Chi and teaching Chen exclusively. Yang, Master Gohring’s own principal style for so many years, is far more accessible for beginning and older students. Yang would remain the central and entry style at Master Gohring’s school, but he began teaching Chen in his advanced classes.

In the early 2000s, Master Gohring also revisited Taoist Qigong, Xingyi, and Bagua with both Symon Stanley and Zhang Yuanming. He continued his education in the business side of martial arts by attending Master Jose Santamaria’s Professional Martial Arts Leadership College. During this period, he added a pre-school component to his curriculum, and began shaping it to encourage his youngest students to set the goal of black sash in Kung Fu.

By 2005, he had officially attained the title of Master under Professor Williams, and the school had expanded into the present space. The program included both Yang and Chen Tai Chi for adults, instructor training, Kung Fu for kids, adults, and families, and a popular Lil’ Dragons class for four to six year-olds. He changed the name of the school to Master Gohring’s Tai Chi and Kung Fu.

In 2008, Master Gohring opened a martial arts-themed coffee shop, Kick Butt Coffee, and that business has succeeded and grown, too. Tai Chi students hang out at Kick Butt, and coffee shop staff end up taking Kung Fu. The school, Master Gohring’s Tai Chi and Kung Fu, more than twenty years after being established in 1996, is perennially voted by consumers as Best Tai Chi & Kung Fu School in Austin.

A Tai Chi Master is not someone who has reached a pinnacle. It is someone who has made the study and practice of Tai Chi his life. With his career in its third decade, Master Gohring continued to seek out elite practitioners like Shi Yan Feng, Yang Zhenduo, Yang Jun, Jimmy Wong, and many others. In his advanced classes, Master Gohring teaches students who have been coming to his school for five, ten, fifteen years and even more. They benefit from his example of continually seeking new and deeper knowledge.

An 8th degree Grandmaster as of 2016, Thomas Gohring remains committed to sharing the conditioning and rejuvenating health benefits of Tai Chi with people of all ages. More importantly, especially for his youngest students, his goal is to pass on a way of living based on respect for teachers, humility, patience, perseverance, and the power of a quiet, focused mind. 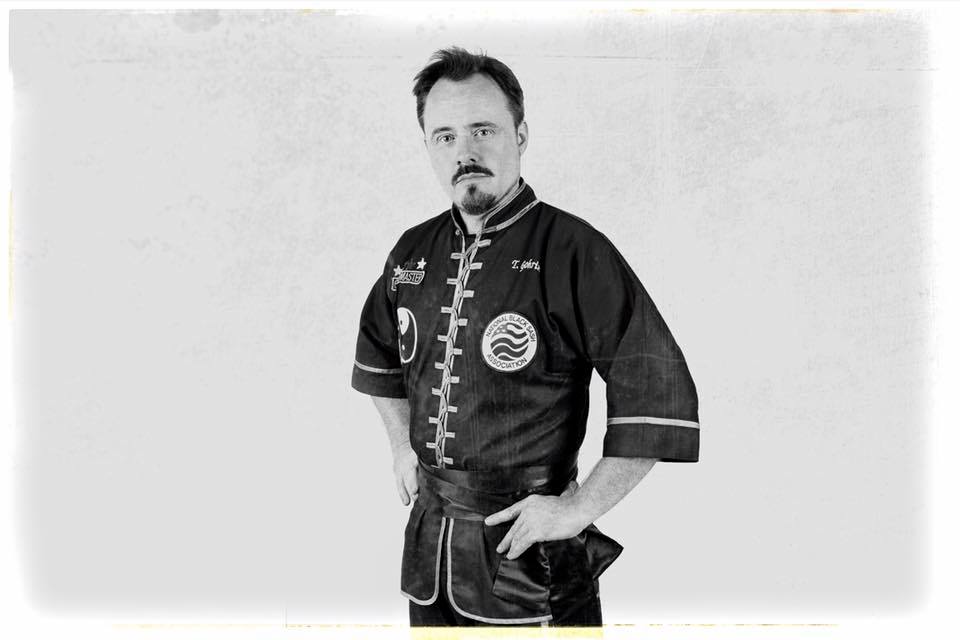 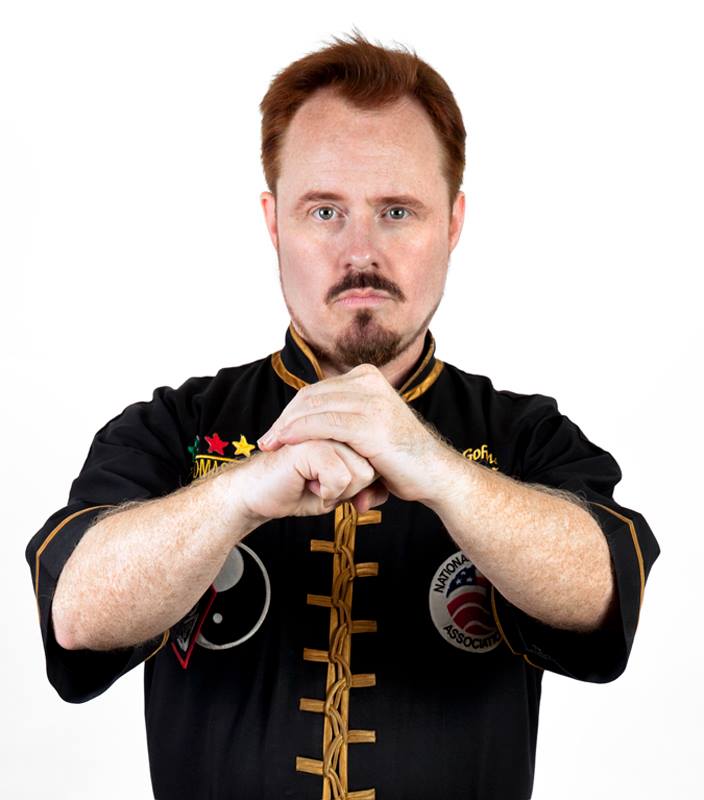 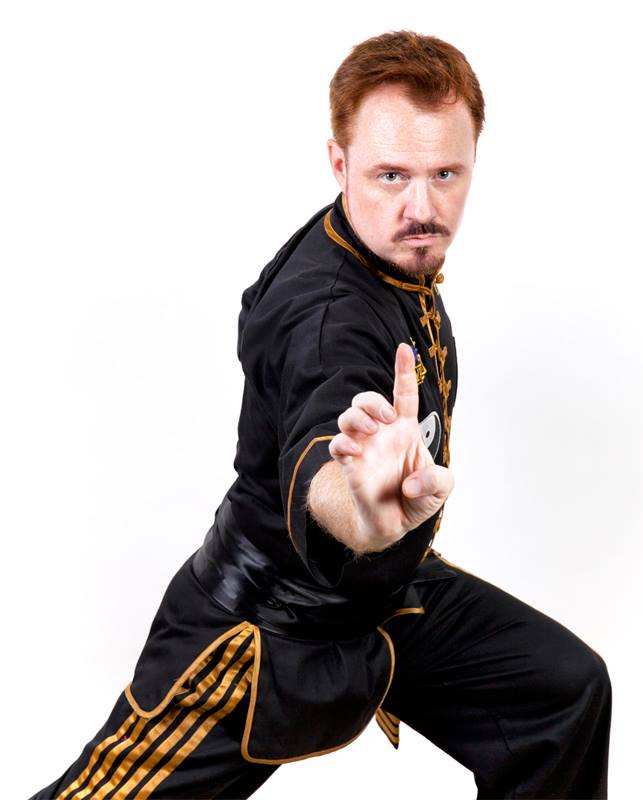 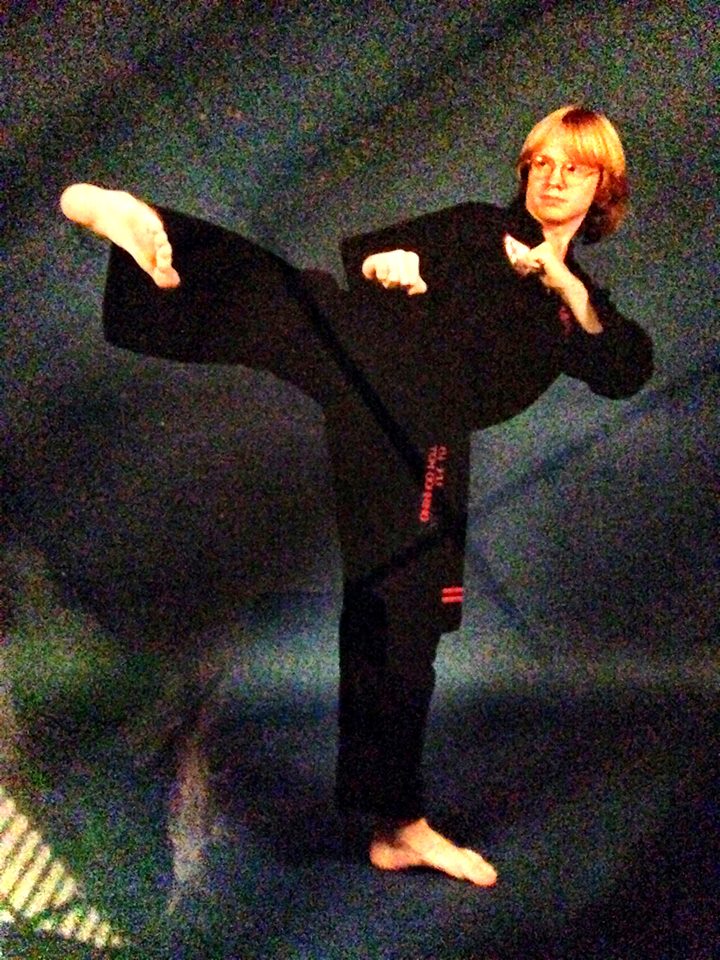 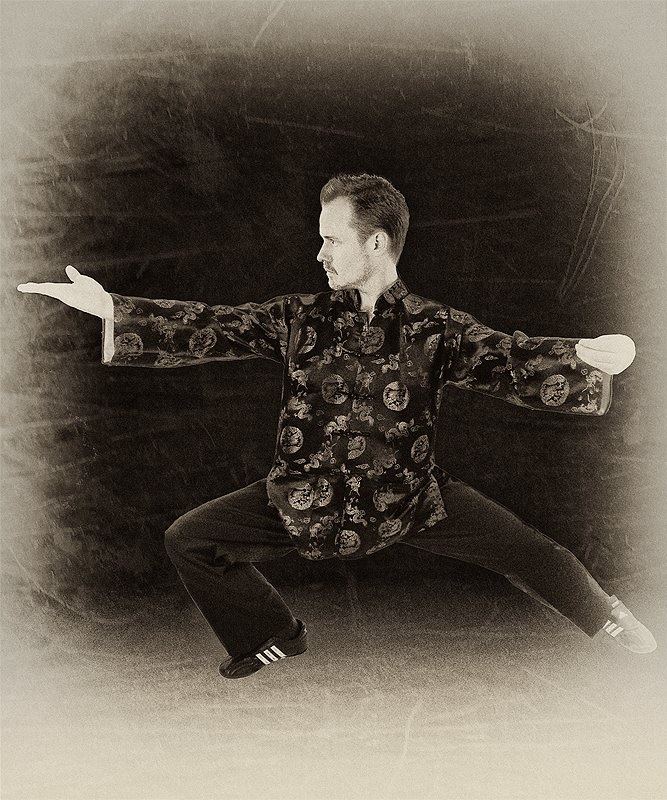 "A man would do nothing if he waited until he could do it so well that no one could find fault."
–John Henry Newman