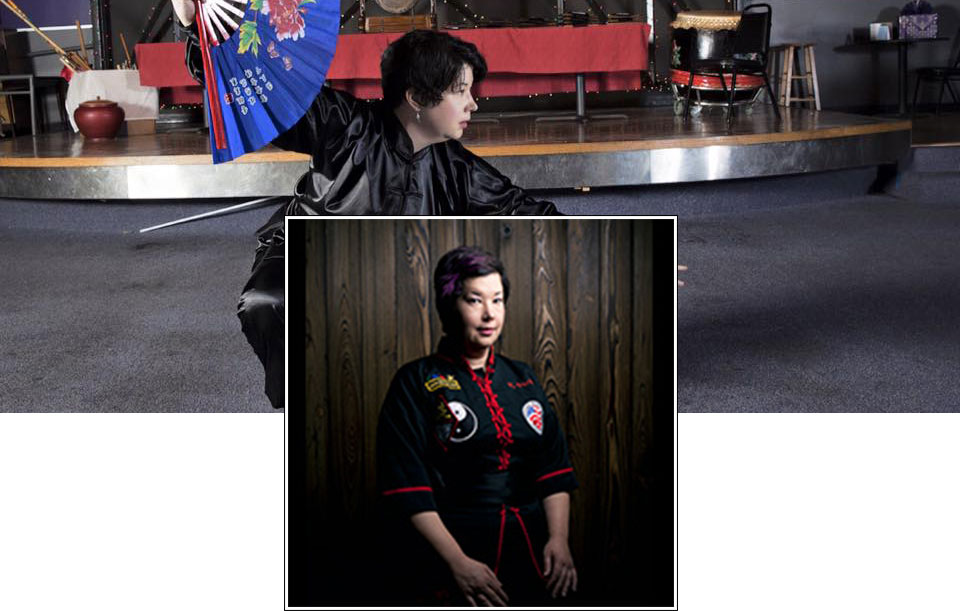 In Grandmaster Gohring's words:
I first met Instructor Durkin on August 1st, 2010, when she was cast as the "customer" in a Kick Butt Coffee commercial. Later that month, she did the online special and tried out Tai Chi. She had read an article about Tai Chi being good for fibromyalgia, and although she didn't have that particular illness, she did have a chronic health condition which caused pain and interfered with daily living and strenuous exercise. Based on the findings of the study, Instructor Durkin figured Tai Chi would help her too. She started on a "Nei Kung" unit, studying the 10 foundational postures of Tai Chi. The postures felt odd to her at first, since she had no concept that the Nei Kung was part of Tai Chi, but having committed herself to the training, she kept her mind open and stuck with them. Later she was glad to learn that we also teach the moving form, and that she got to start with the foundational postures.

Instructor Durkin came to my school already holding a 1st Degree Black Belt in Tae Kwon Do, which she earned in 1999 from Grandmaster Yoon Tae Hwan of the World Tae Kwon Do Federation. Grandmaster Yoon was one of the masters who got Tae Kwon Do into the Olympics back in 1988 in Seoul, Korea. Instructor Durkin was also a Tae Kwon Do instructor, teaching both adult and youth classes, and competed in both forms and sparring in many tournaments such as the Forth Worth Invitational. At age 27, after six years of hard training, she had to give up Tae Kwon Do because of knee and back injuries. She recovered well enough over the next several years to compete in triathlons from 2004-2006. Ultimately, chronic illness forced her to give that up, too. Finding Tai Chi has enabled her to stay active and strong in spite of her condition.

Instructor Durkin's Tae Kwon Do tournament experience gave her an edge for competing in Tai Chi. She's had lots of practice performing in front of judges and large crowds. In 2013, she was the Tournament Grand Champion in Internal Forms at the Legends of Kung Fu and Taiji Legacy Tournament. She is passionate about helping students prepare for competition while encouraging them to have a great time doing it.

In early 2013 she started assisting in classes and in early 2014 Instructor Durkin transitioned to doing new student enrollments. In July of 2015, she reduced her massage client load by half and picked up more hours at my school. She now helps even more with new student enrollments, ordering special weapons for students, and organizing testing and graduations. She recently began cross-training in the Kung Fu program. In December of 2016 Natalie earned her 3rd degree Black Sash in Tai Chi. Her goal now is to test for her 1st degree Black Sash in Kung Fu later this year. She is a valuable member of my team and the school runs better because of her caring efforts. 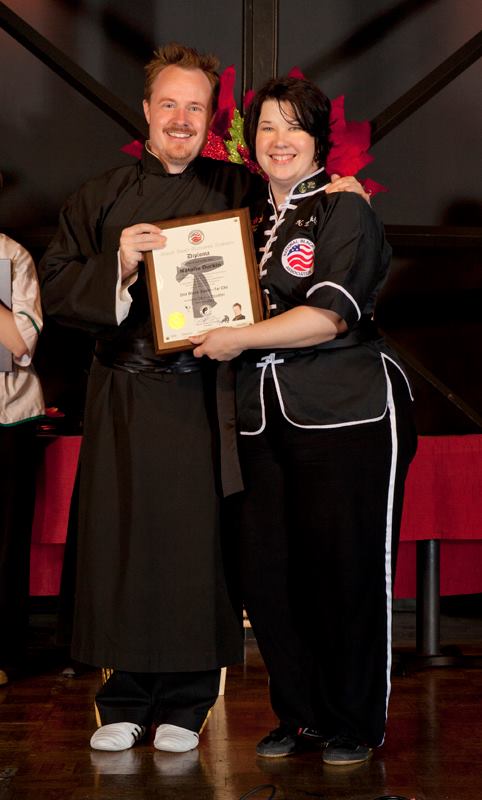 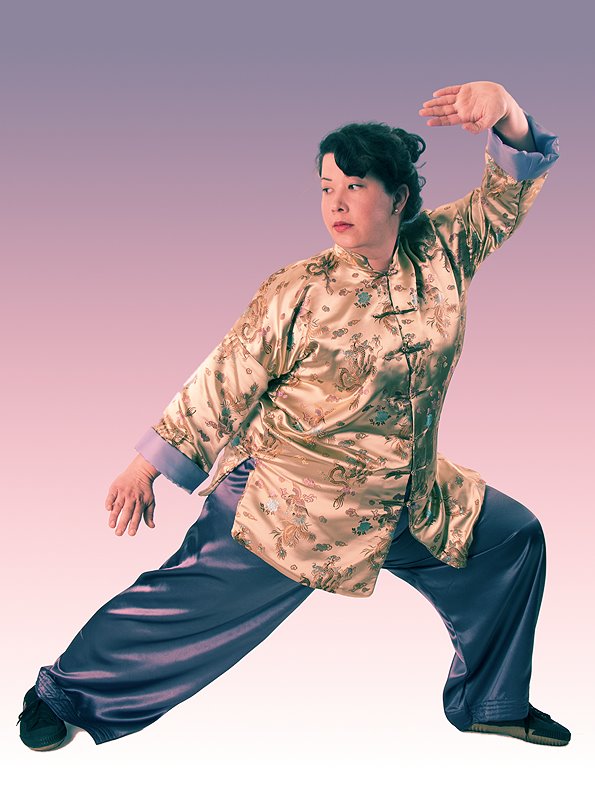 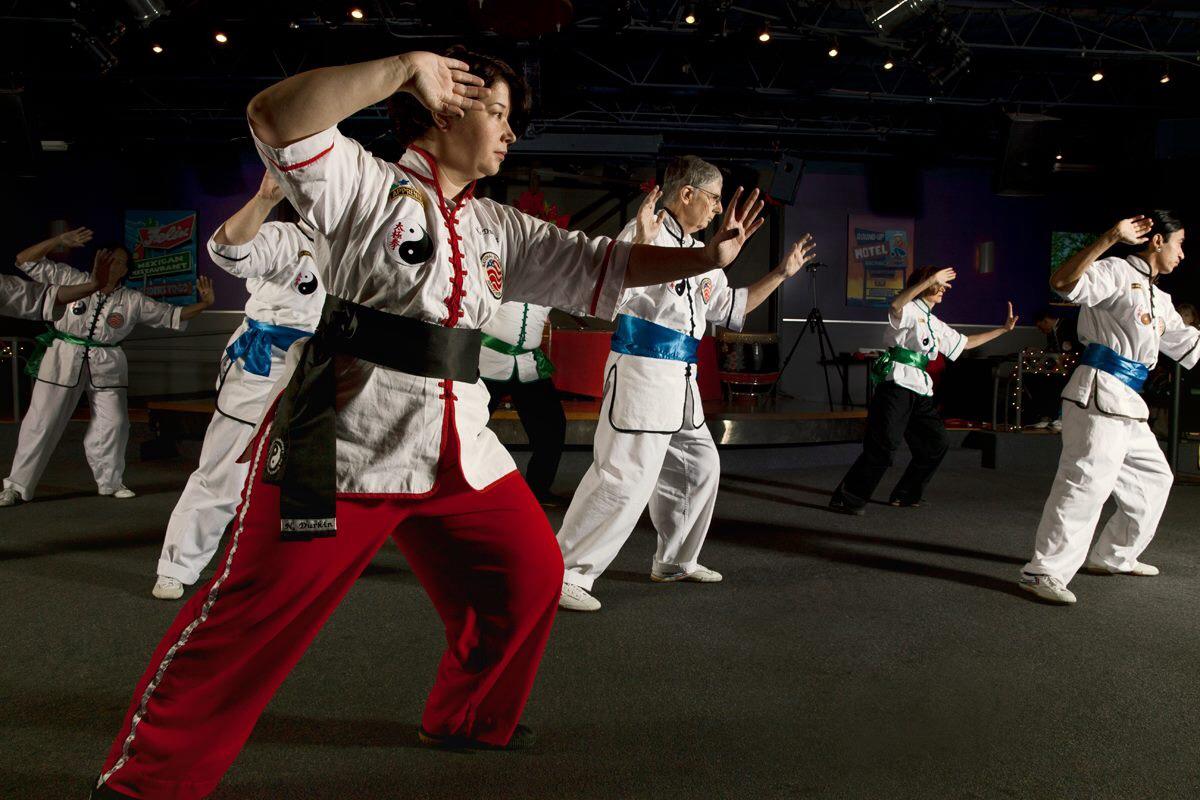 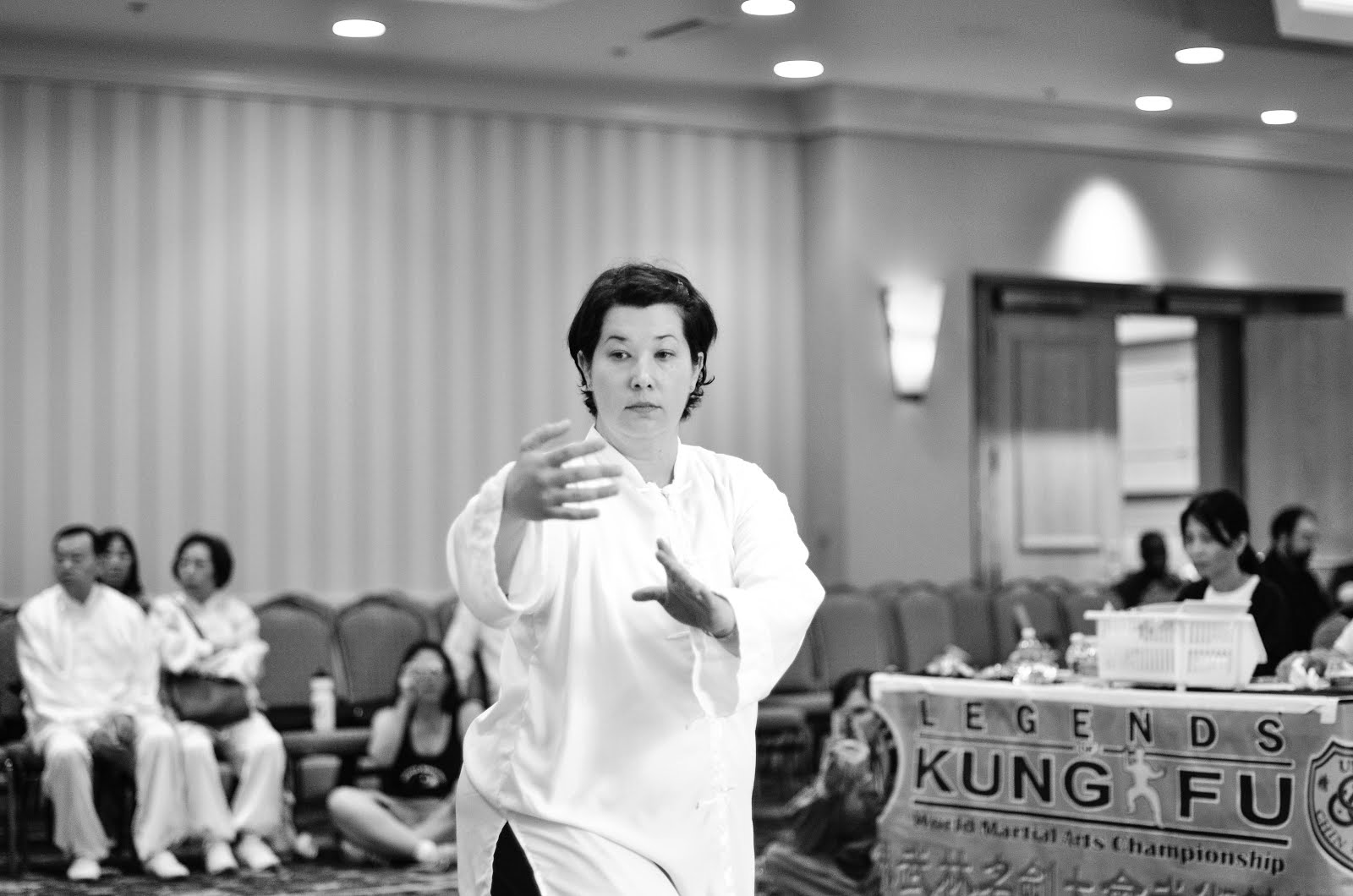 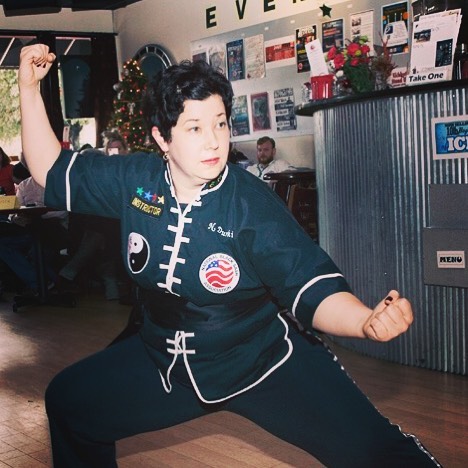 "There is no mystique to Tai Chi Chuan. What is difficult is the perseverance. It took me ten years to discover my chi, but thirty years to learn how to use it. Once you see the benefit, you won’t want to stop."
―Ma Yueh Liang